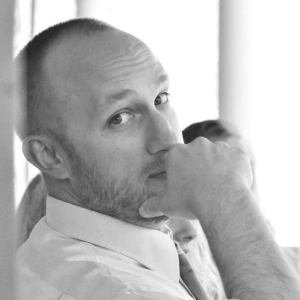 N. D. Wilson is the best-selling author of the “100 Cupboards” trilogy (now in more than twenty languages) and the acclaimed “Ashtown Burials” series (both from Random House). His first work of nonfiction was the ground-breaking Notes from the Tilt-a-Whirl (Thomas Nelson), which was adapted into the widely distributed “bookumentary” film of the same name. He has adventured on camera for the National Geographic Channel, is currently involved in producing C.S. Lewis’ The Great Divorce for the screen (which he adapted himself), and once typed a short story on a napkin for Esquire magazine. His writing has been featured on media outlets ranging from NBC’s Today Show to NPR’s All Things Considered.

He was born and raised in Moscow, Idaho, where he currently lives in a tall skinny house with the blue-eyed girl he stole from the ocean (along with their five young explorers, two tortoises, and one snake). Nathan D. Wilson holds a Master’s degree in Liberal Arts from Saint John’s College in Annapolis, Maryland (2001). He served as a part-time Lecturer at New Saint Andrews from 2001-2004, and was promoted to Fellow of Literature in the fall of 2004. He still teaches part-time.